I am a gay Indian guy, and there’s this guy who’s stronger than me and tries to verbally fight with me and tries to tease me, he knows I am weaker and I can’t fight and takes advantage of this situation. He even calls me a girl sometimes. How do I deal with him and this situation? How can I make him teach a lesson? He always tries to show me that I am less, and he’s way better than me. 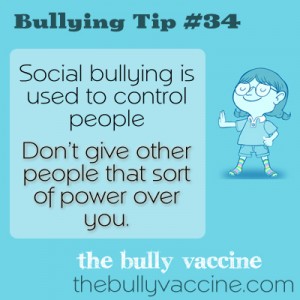 First, being called a girl is not an insult and you should not treat it as if it is.

Second: Don’t verbally fight him. You need something you can say to him that will acknowledge you heard him, but that you aren’t bothered by him and that what he said and is doing, isn’t appropriate.

Something like – “Thank you for that information. It’s very helpful.”

Practice saying something polite, that isn’t fighting – and repeat it every single time the man says something inappropriate. Every. Single. Time. No variations. You want to be as boring as possible for this man to badger.

When you say this – you need to look him directly in the eye – which will show him – you are not submitting to his dominance. You need to say it in an unemotional bored tone of voice. This will show him you are calm and not upset – nor are you angry. You aren’t anything – but bored by him. You will need to practice what to say and how to say it so that when he challenges you – these words will be spoken by you automatically. Have someone role play with you so you can practice.

Here is what is going to happen when you do this. He will be confused and will try another tactic to get you to go back to the way you used to respond. He may badger you more for a while. That is to be expected. It’s part of the extinction process. Just keep repeating your non-response response EVERY SINGLE TIME!!!!

He will eventually stop – or others who are witnessing it will stop him as HE becomes annoying and starts to lose status in his attempt to make you submit to his dominance. That is when he will stop bothering you and find another victim.

If he tries to physically threaten you calmly say – if you do that, I will report you. Again, make eye contact, calm bored tone of voice. You are not threatening him, you are stating fact. And if he physically attacks you – get away and report him. EVERY SINGLE TIME.

The keys to making this work? Eye contact, bored calm tone of voice & consistency over time. What exactly you say isn’t that important, only that it be polite (so you don’t get in trouble) while while making it clear – they should stop because their behavior is unwelcome and rather stupid.