When dealing with bullying, the language we use to describe the behavior matters. 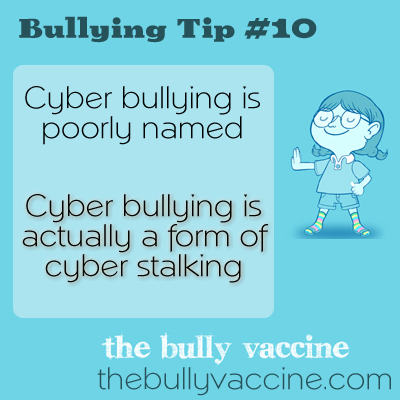 If you’ve read my book you know that I advocate that we abandon the word “bully.” The reason for this is because it doesn’t mean anything and more importantly, everyone has a different definition of it.

The term bullying can refer to anything from teasing and social ostracizing up to and including actual physical battery. I advocate that instead of calling behavior bullying, we be specific about the actual behavior so that instead of talking about a subjective interpretation of a behavior, we focus instead on how inappropriate the behavior was in the first place.

To give you an idea of how important this distinction is, consider this news report
http://www.wivb.com/news/buffalo/mother-tries-to-take-action-against-bullying

It is of a child who was battered in a park by a group of kids who punched her and stomped on her head. She was saved by police who broke up the “fight” and suggested she go to a hospital, but took no effort to get this child to a hospital.

This report highlights 2 basic problems kids have when coping with bullying. First, it’s treated as a conflict or a fight. Second, it isn’t treated as criminal activity.

What happened to this girl was criminal. If it had been adults – the police would have probably arrested the participants. Instead, it’s a kid and it’s a fight and these things happen. However, while it might have started as a fight, it quickly escalated to battery against this particular girl, which is a crime.

When the mother tried to file a police report of “bullying” she was told she had to go get the witnesses and their parents to help file the report. This makes no sense since there were officers present who could attest to what they witnessed.

Imagine instead if she had gone to report a battery against her child that was severe enough to warrant medical care, and that it was a battery that was witnessed by police. How differently would the police have responded to her.

As long as physical battery by kids against kids is seen as bullying, we will continue to fail to deal with it. Additionally, because this is still seen as an incidence of bullying, the mother and the child aren’t getting the help they deserve. What the mother needs is a lawyer to push the thing along as a criminal matter and also as an issue of negligence by the police force. There is no way that a two day delay in reporting a crime that was witnessed by police is too late. The cops who intervened were negligent. They were negligent because they didn’t see what happened as a crime. They saw it as a fight or at worst an incidence of bullying.

We need to stop using that word and start calling this behavior what it really is. Criminal.