Bullies are creatures of habit. You can throw them off balance if you don’t respond the way they expect. 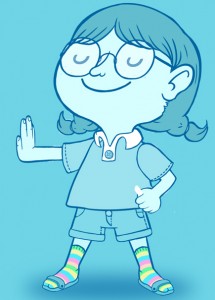 While I don’t like thinking of the bullying dynamic as a conflict, you do need to defend yourself. But in a way, it is. It’s like a one sided conflict.

My mother always said it takes two people to fight. If you refuse to fight, there is no fight. But that doesn’t mean you should just let the bully win. There are ways to disarm a bully by not playing their game.

To disarm someone means to take away their weapon.  If your bully is using an actual weapon, you will need to learn self-defense skills in order to disarm them. That is beyond what I can teach.  However, if they are using words as weapons, you can disarm them using words.

The way you do this is to stay calm. You have to speak calmly, act calmly and behave in a way that confuses the bully.

If you don’t want to agree with them, you can simply acknowledge their comment without engaging in a debate about it. So – hey – you are stinky can be met with a rather sarcastic – thank you for that information, it’s very helpful.

When you refuse to be the verbal punching bag of a bully, they get confused. And they will respond to that confusion by trying again and perhaps upping the ante. Bullies are creatures of habit. They don’t normally have a lot of arrows in their quill. As long as they keep missing the mark because you are responding as if they haven’t even hit you verbally at all, they will eventually give up and go away.

When I first starting teaching these techniques to my son he was skeptical. But they worked. I asked him what the other kids did when he responded to an insult with “thank you very much for that information, it’s very helpful” in a bored tone of voice. He said they looked confused. Insulted him again. He said the same thing again and the kid looked really confused and gave up.

What happens is that people try this, and the bully escalates and they give up and think it didn’t work. But if the bully is escalating, it means they didn’t like what you did and you disrupted their ability to target you. Keep disarming them by refusing to respond to them the way they want you to.

1 thought on “Guidance on how to disarm a bully”