Turns out sexual harassment – is a global problem. Shocker. I know. 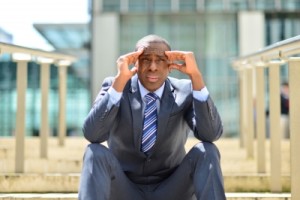 The #metoo movement has been a global phenomenon. Here is an article about how it has recently impacted Japan – https://www.bbc.com/news/world-asia-43721227

The big change is that – women are not longer willing to suffer in silence and just try to move on. We are sharing our stories with one another and gaining confidence that – the problem isn’t us. It’s men.

But – not all men. So – men – if you are worried you are going to get “falsely” accused by a woman. Don’t be – unless – you actually have assaulted a woman.

Most men – don’t assault women. I know this will shock the men who do assault women – but we women – actually are able to function well – for the most part – with the various men in our lives – whether they be co-workers, classmates or whatever. Seriously. Most men – do not assault women.

The men who do – something is wrong with them. Do not allow the crappy men try to convince you that their behavior is normal. And that all guys. Nope. Not all guys. Most men – are perfectly capable of being in a woman’s presence and functioning – normally – as a normal human does.   Seriously – they do and can.

Men – when you hear another man – saying things like – well – we’ll all be in trouble if women are allowed to complain about our behavior – understand – that this man just admitted to you – that he physically assaults women and he thinks it’s ok and that you are just like him. If you aren’t – say so.  You aren’t worried. Most men aren’t worried.

This is like if someone said – they are worried that people are upset at a robbery – when everyone robs. No – not everyone robs and the only people who need to worry about a crackdown on robberies – is robbers. Same with assaulter. You know that aggressive men – exist – and that you have plenty of male friends – who don’t bully you. Bullying – is not the norm, but they do make life miserable. That’s what assault is. It’s not the norm – but it makes life miserable and like bullying – can leave life long emotional scars.

Do not be afraid of being falsely accused by a woman. If you are normal human being who treats women like a normal human being. You are going to be just fine. It’s really only the men who don’t – who are in trouble. And that’s a good thing – because these men – also bully men.  Want to get rid of them – work with women – to make them outcasts.

Finally – for those of you who are doing cross cultural work – and need to brush up on the sexual harassment laws in Japan – or – who are Japanese and coming to America and would like a training to help understand – not just the laws – but how to behave as a decent human being around other decent human beings – I offer sexual harassment training that focuses on how to make unwanted behavior – like bullying or harassment – stop. And I love Japan and would love to start doing more work in Japan and with people coming to America.  So please contact me if you have questions or need training.

And always remember, you can be the ethical professional you are and not fall prey to predatory males trying to convince you that being horrible to women – is normal. It’s not and it’s time we say so.