What evolutionary theory can teach us about bullying prevention. 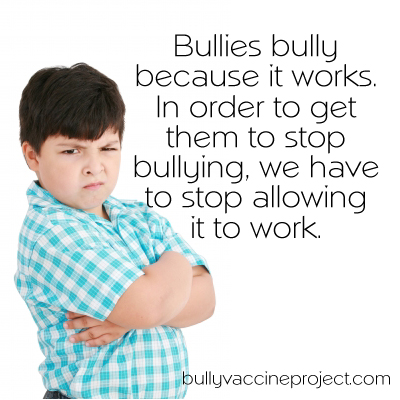 I am a Humanist which means, in part, that I approach problem solving in a very rational way, scientifically actually.  How well we define our problems has a direct impact on how well we solve them. And bullying is definitely a problem.

One of the reasons it has defied a solution for so long is that our working assumptions about why bullies bully haven’t always been all that accurate. This has hindered our ability to devise a solution.

Some folks I know in the Humanist movement got together and founded a group called The Evolution Institute.  They study a myriad of problems from an evolutionary lens and it turns out that this approach isn’t just better. It’s a lot better and a lot more effective. Again, the accuracy of our working models is directly impacts our success. Evolutionary theory gives us better and more accurate working models.

Here is an essay from the Evolution Institute on how Evolutionary Theory can and should impact education policy and practice. http://evolution-institute.org/node/209

One of the areas that Evolutionary Theory can help with, it turns out is the problem of bullying. Here is a quote from the article:

“Although we have seen how evolutionary theory can inform the design of educational environments as well as effective instructional strategies, the potential benefits of incorporating such a perspective when developing other kinds of school-related programs, practices, and activities are much greater than most educators and policymakers might appreciate.

One such example concerns the escalating growth of bullying in schools. According to Anthony Volk and colleagues (2012), bullying is universal across cultures with an estimated several hundred million adolescents directly involved when considered on a global scale. Although many researchers view that bullying behaviors emerge as a consequence of maladaptive development, evolutionary psychologists consider bullying to be an evolved, facultative adaptive strategy in that it is likely to develop and be manifested only under particular environmental conditions (Ellis et al., 2012). More specifically, even with a predisposition to engage in bullying, adolescents will do so only when its benefits outweigh its costs. The benefits include greater access to somatic (health and survival), sexual (e.g., increased dating or sexual opportunities), and/or dominance (social status) resources (Volk et al., 2012). Furthermore, as Ellis and colleagues convincingly point out, many anti-bullying interventions do not succeed because they are based on an erroneous stereotype that bullies are socially incompetent. These researchers also contend that from an evolutionary perspective, for an intervention to be effective in school settings it would need to modify the cost–benefit ratio of engaging in bullying so that adopting such a strategic approach for acquiring resources would cease to be adaptive.”

To translate that into English for you: bullies bully because it works. In order to get them to stop bullying, we have to stop making it work and we do that by decreasing or eliminating the reward and increasing the cost associated with the behavior. This is easily done through a behavioral conditioning approach – which means using the tools of operant conditioning to essentially train the bullies to not bully. And yes, this does work. That’s why I wrote my book.

To learn more about my book – check out http://thebullyvaccine.com