It’s time to end the stigma of being bullied. 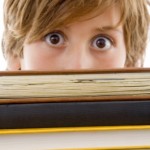 The statistics are staggering. 70% of kids witness bullying.  (http://nobullying.com/bullying-statistics-2014/)  10% of teens drop out because of bullying,  Yet only 20 to 30% of kids who are bullied tell someone.

This non-reporting is a problem because bullying stops fairly quickly if someone intervenes in it. There are lots of reasons why victims of bullying don’t report what is happening to them.

Parents are just as bad. I’ve helped lots of parents help their kids stop bullying. And yet very few give referrals. Once their problem is solved, they don’t want to think about it anymore and they don’t want to admit that their kid suffered socially. There is a stigma against victims of bullying. Kids who bully have high social status and their victims don’t.  No one wants to admit to being bullied.

If we are ever going to be able to tackle this social problem, which affects all aspects of our society, we have to start talking about it. We have to start sharing information on what works to get it to stop so that kids can get the help they need to get the bullying being directed at them to stop. We have to eliminate the stigma so that victims don’t feel so alone. They aren’t alone. Most people experience this at some point.

Please share this website with your friends and help get the word out about how behavioral science can be used  to get bullying to stop.