My son asked me if he could tame a wild boar to ride it. We live in Florida. We have wild boars. My mind raced. It is technically possible, but … it would be really dangerous. 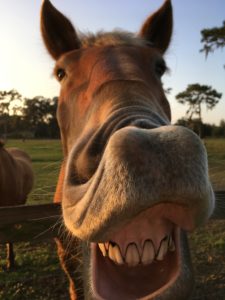 The reason – has to do with behavioral extinction.  To tame a wild animal enough to ride it – you have to extinguish their resistance behavior. It’s called – breaking the animal – to make them compliant.  Yes – it sounds horrid when you write it out.

Anyway – the technique is the same whether you are breaking a wild bronco, an elephant, a boar or a bully.

You remove the reward for the behavior until the animal gives up. Before they give up – they fight you. And try to buck you off.

It’s dangerous work as the animal in question – doesn’t want you on them and they will hurt you to make you get off.

My son and I had a conversation about how you tame and about how the behavioral extinction process is the same for taming animals to ride them as it is to get bullies to stop. They will fight you and eventually stop – if you do not give them their reward.

We also talked about how much easier it is to train animals from the beginning to accept you. For example, cats. Cats are wild, but if raised with humans – they view us as conspecifics (meaning – they view you as some sort of weird cat – not dangerous).

The same could happen with a boar.  If you got a baby boar and raised it, you could eventually, train it to let you ride it.  My son then – extrapolating said – well – I could do this bit by bit and help the boar learn over time – to allow me to ride it.  My son – discovered – successive approximation. Which is when you reward incremental steps to the behavior you want. For instance – first you would want to get the boar to be near you without attacking you. Then, maybe it would allow you to feed it. Then maybe it would allow you to pet it. Each of these steps – baby step – you are rewarding. Eventually – you get to the behavior you want – which in my son’s case – is having a tamed boar he could ride.

This is doable to – with boars and with bullies. You can encourage them and reward them for good behavior whenever it happened and make them nicer over time.  If you were really dedicated to the task. Most people won’t be and it’s a long process.  But you can always work on both – simultaneously – breaking the builly’s habit – by removing their reward and encouraging more socially nice behavior – at the same time.

To learn more – get my book