It turns out bullying is a worldwide phenomenon. So, how does your country rate? 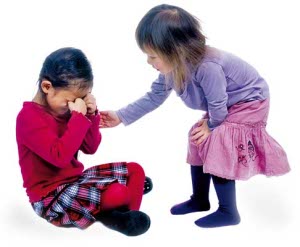 There is a rather interesting study published by the Journal of Business Research this past March. (Volume 66 Issue 3 – http://www.sciencedirect.com/science/journal/01482963) It is on Acceptability of workplace bullying: A comparative study on six continents. I was fortunate to meet one of the author’s Nikos Bozionelos at a management conference and he shared his paper with me.

They studied both Physically Intimidating Bullying (PIB) and Work Related Bullying (WRB) in 14 countries to see if there were any similarities and differences. According to the abstract:

And that’s not ok, and not just from a western perspective, which does accept work related bullying to a certain extent. Here’s why. Work Related bullying is harmful to the individual and it comes with a cost to the organization, which is why countries that value future orientation find bullying less acceptable. In their cost benefit analysis – considering long term impact of bullying behavior, clearly shows that whatever short term gains you may get from the behavior aren’t worth the costs you are paying for it over the long haul.

Additionally, countries that value humane treatment similarly don’t accept workplace bullying because it conflicts with how they thing people should be treated.

If we are going to create a more humane and just world, we need to pay attention to how we treat one another. We need to stop accepting bullying in the workplace as inevitable and we need to stop thinking of it as a valid management technique, because it isn’t. There are better, more humane ways to get your employees to do the work you need them to do. Learn what they are and stop accepting bullying and help change the culture.