Do parents really have control over their children’s behavior? 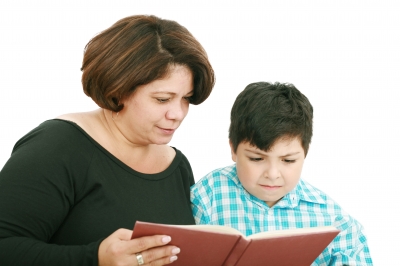 A town in Wisconsin passed a law that fines parents of bullies $114. If the child is a repeat offender, the fine goes up to $177 for each additional offense per year. If the child is 12 years or older, they are responsible for the fine.

This is a horrid idea. Here’s why.

If you read the previous blog post you will know that anti-bullying laws, while well intentioned can have several unintended consequences. This is especially true if the law is based on a false assumption of cause.

I’m going to dive into a little bit of effective problem solving 101 here. In order to solve a problem you have to:

a) Know what the problem is
b) Understand what is actually causing the problem and
c) Develop a plan to target the cause.

In this case of this fine the parents law, the assumption is that bullies are a result of bad parenting. If the parents just raised their children better, they wouldn’t be bullying. This isn’t true. It’s a false assumption.

Parents have very little ability to influence their child’s behaviors. Yes, there are people who do a better job than others, but ask any parent who has raised a psychopath and they will tell you, nothing they did mattered. And that’s because our behavior is a result of both nature and nurture. And sometimes, nature is overwhelming.

But even when bad behavior isn’t a result of nature, it turns out that bad parenting doesn’t necessarily result in bullying either.

Bullies bully because it works. They get status and prestige and access to resources by intimidating other kids. It works. Parents have no ability to impact how other kids respond to and reward theirs. If they happen to have birthed an assertive child, they can lecture all they want, but if their child experiments with bullying and finds out it works, their child is going to bully.

My concern with this law is that it doesn’t provide parents of kids who bully with the resources they need to train their kid not to bully. It is assumed that they know how to do that. And most don’t. They have to be trained – and yes – I offer this sort of training free online at: http://bullyvaccineproject.com/what-to-do-if-your-child-is-a-bully/

The other problem is that this is going to disproportionately affect poor families. Not only will poor families be unable to afford to fight these tickets, the fine is large enough that if their child is ticketed just once a week – they could easily lose 20% to 40% of their income in fines. For already struggling families, that would be devastating. What happens if the family can’t pay the fines? What are the consequences? Does the kid go to jail? Is this another part of the school to prison system we have set up in this country?

Here is a novel idea, instead of punishing people why not provide people with help? Why not provide parents of kids who bullying with mandatory “how to get your kid to stop bullying” training? Instead of punishing, why not provide an intervention for the child and their family to find out what is causing the child to bully and then help arrange for interventions for them? Do they just need to be retrained? Or perhaps is there a mental health issue causing them to behave badly?