The following story is from a friend of mine. She shared this story to help people understand that when victims report things, it’s usually because it’s pretty bad. People put up with a LOT of crap before they report. Why? Because putting up with crap is usually easier than reporting. If we want to stop harassment and bullying, we need to take it seriously.

This story is about sexual harassment in the workplace, but really, the lesson is valid for any for of harassment or bullying. 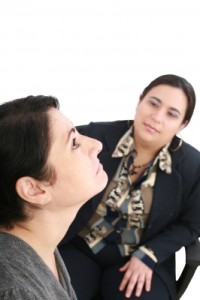 I’m going to talk about a time that I reported sexual harassment in the workplace real quick. Anyone may feel free to use this anecdotal story in whatever way suits them:

I used to work at a big box home improvement store. I sold doors, windows, installations of these things, all the specialty bits that go along with that stuff, and helped customers design their installations and pick their products. I enjoyed it and was good at it.

At least twice a week, a male customer would take up far too much of my time consulting on door and window stuff because they just wanted to flirt with me and/or explain my job to me. This happened a lot and I got used to it. It only bothered me when I was extremely busy and the customer prevented me from disengaging gracefully.

In one instance, a customer did linger far too long. It was incredibly annoying and he didn’t even bother to pretend to be interested in doors or windows for very long before talking to me about how pretty I was. This same customer returned to my desk again the following week and persisted similarly. I tried to be more blunt about needing to return to my work to no avail. After about ten minutes of very uncomfortable commentary on my appearance while I tried to ignore him, he finally went away. I didn’t say anything to anyone. He was a contractor boss and a good customer. I didn’t want to alienate him. The next week, he was there again, but this time he caught me in the aisles instead of at my desk. It was at the back of the store and no one else was around. It was also early in the morning. He started talking to me again, and I, again, told him I had work to do. This was true. I was incredibly busy and told him that I had to finish my tasks or I would get behind. He grabbed me by the wrist. And then he grabbed my other wrist.

I’m a strong woman. I don’t know if I was stronger than him. I pulled slightly to see if he would let go, and he did not. He stared into my face, smiling. It was frightening because, in that moment, I had no idea what his intentions were and I didn’t hear anyone else around. I told him to let go, and he didn’t. I started to consider my options. I told him that I was going to yell if he didn’t let go. I pulled away harder from him and he loosened his grip, raking his hands over mine as I pulled them away from him. I walked to a more populated part of the store and then eventually went back to my desk. The HR person wouldn’t be in until later. When she came in, I told her what happened. I didn’t know the customer’s name. I just knew that he was a contractor and came in a lot. I told the HR person that if he laid a hand on me again, I was going to punch him and that I didn’t care about the consequences. I never saw him again.

So, to recap: Flirting escalated quickly to being somewhat creepy and annoying, which escalated to my being physically restrained and intimidated. That is when I reported.

This isn’t evidence, of course, that other women who report sexual harassment probably take a lot of inappropriate shit before that happens, but that was the case with me. Reporting is emotionally exhausting and takes up more time and energy than it can seem to be worth for just a little “flirting”. So chances are really good that when someone is reporting sexual harassment, it is because they’ve taken a lot of crap and have no choice but to seek outside help to get it to stop, not because someone was just a little awkward with them once or twice.

Also, this wasn’t the first time I was sexually harassed at work. This wasn’t the first workplace where I had to report to get behavior to stop. It is kind of [crappy], but this kind of thing happened from time to time, especially in customer service/sales types of jobs. The sooner we realize just how common it is and how much crap people usually tolerate before even taking action, the better we can do collectively at being respectful of people’s boundaries, especially when they are servicing us or subordinate to us. This is where it starts and should stop. By the time most reporting happens, if it even does, boundaries have been overstepped repeatedly with increasing regularity and severity. Don’t be that person.

What to do if this happens to you.

My friend handled this as well as she could in the moment. For those of us who have had men we don’t know sexually threaten us or corner us as work, it is very hard to think straight in the moment. However, we do have hindsight and I think it is worthwhile to think about how we might behave differently in the future.

I realize this sort of bluntness is a bit scary and some predatory men won’t care. But if we aren’t clear about what we are and are not ok with, we open ourselves up to further abuse AND we make it difficult for people to come to our aid.

I was once inappropriately hit on (if you can call being cornered in an isolated part of the facility being hit on) and I told my co-workers and from that point on, when this individual came into the office, people kept an eye on me and on him so that he would never again be able to sexually threaten me.  People will help you if you ask for help. So be blunt about it. Say no. Not interested and if your no is not accepted, seek help.

PS – if you are scheduling a sexual harassment training for your office, consider hiring me. I provide a behavioral based training that can really help victims stop harassment. https://humanistlearning.com/sexual-harassment-compliance-training/