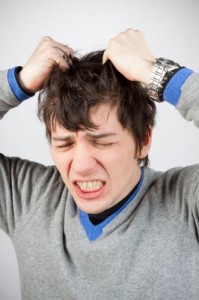 So this happened.  http://www.nydailynews.com/news/crime/fort-hood-sexual-assault-prevention-officer-ran-on-base-prostitution-ring-witness-article-1.1816048 For those of you who don’t want to click there – here is the gist: A cash-strapped female soldier told a Fort Hood hearing board about how a noncommissioned sexual assault prevention officer on base forced her into a prostitution ring so she could buy groceries for her child.

Ok – not only was it a sexual assault prevention officer who was running the prostitution ring – which meant – this victim wasn’t the only victim. Their clients – were higher ranking officers.

If the norm is for women to be viewed and used and abused sexually, then that’snot something a training can fix.  If women are sustaining this sort of abuse and harassment, then so are male soldiers who “don’t fit in.” No wonder Fort Hood has been the site of 2 shootings!

To fix a culture steeped in the sort of systemic harassment of soldiers that Fort Hood is clearly suffering from, requires a sustained effort over time and honesty and law enforcement. Which means people need to go to jail and have their careers ruined.

The change required can be done but it will be really hard. Consider how hard change is for an individual then magnify that by 50,000+ because that’s how many people work at Fort Hood.

So – how do we change a culture?  Well, first – we have to know how change occurs and that means we need science. Then we need to use that science to create a new cultural norm while we simultaneously extinguish the aspects of the previous culture that were so problematic.

In English this means we have to systematically stop rewarding the abusive patterns of harassment, which requires empowerment of lower ranking individuals to effectively report and whistleblow against superior officers (no easy task), and we need to support them through the escalation of harassment that will systematic and fort wide as the abuse of power is no longer tolerated and those with power fight to keep the power that they shouldn’t be wielding in the way that they are. In short, people outside the power structure of the Fort need to intervene on behalf of the victims of the Fort for a period of time until the new more respectful norm is established and the main perpetrators of abuse have been removed from duty.

I hate to offer myself for the task, because it is bigger than what I can take on.  But  what I can do is offer training specific to harassment in the workplace and how change occurs and why and what needs to happen so that those  in charge of cleaning up this mess will at least know what it is they need to be doing.  This training is available for both staff, supervisors and high ranking offers and HR. Contact me – My company Humanist Learning Systems is a EDWOSB and in SAMS. We are ready to help.