Sexual harassment is so pervasive and so insidious and so harmful that not only are there laws prohibiting it, it’s the only form of workplace harassment that requires mandatory training in the workplace to prevent. 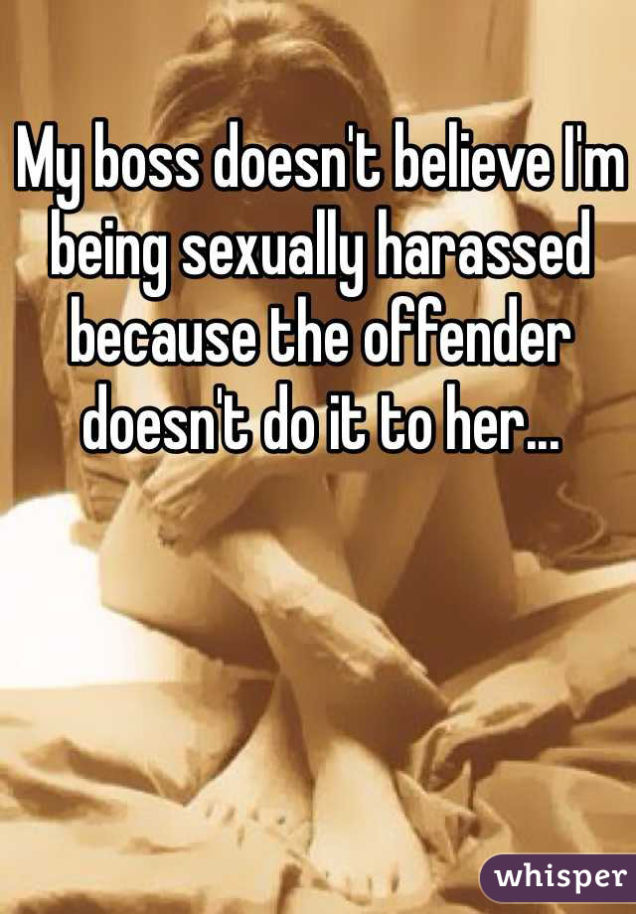 And yet, despite all that training and the laws prohibiting it, it still happens. And women, despite having laws that specifically protect them from harassment in the workplace, have trouble getting their employers to do anything about it.

Yes, the situation is definitely getting better. At least now, it’s illegal and pretty much everyone knows it. And most employers take it seriously when it is reported to them. The problem is – women have been conditioned since childhood to not speak up. We live in a society where we are objectified all the time. And it’s physically dangerous to us to try and stop it. That recent viral videos about street harassment attest to this.

What is amazing is just how much really overt sexist and trolling behavior still goes on in the workplace. I think a lot of people are under the impression that – well – this is just guys hitting on girls ineptly. And while that does happen, that’s not what women are upset about in the workplace.

For those of you who didn’t click through – it includes women who report being fingered, women managers who male customers refused to talk to because they couldn’t comprehend the manager being a woman, women being told that if they should remain silent because men are talking and that if they open their mouths it should be to give a blow job. Yes – this stuff does actually happen, to real women.

Why if it is illegal and there are laws against it – don’t women report it and get it to stop? Why do we tolerate it if it is so bad? Well, the answer is that more and more – we don’t. And employers need to take notice of that.

But there is another reason why women don’t speak out and that is because speaking out comes at a big risk and the reward for doing so is quite low. As Jezebel points out – The best a woman can hope for is some sort of minor consequence for the offender. But to get that consequence they have to be vilified, risk losing their job, and be subject to further harassment and be labeled as a trouble maker. http://jezebel.com/women-post-awful-tales-of-workplace-harassment-on-secre-1601929462?utm_campaign=socialflow_jezebel_facebook&utm_source=jezebel_facebook&utm_medium=socialflow

Women aren’t stupid. When the risk benefit is so sharply against us – it’s unlikely we are going to risk speaking out for rather minor things. And even if the behavior is egregious we still might not speak out. I used to have a boss who would rub himself in front of me – and yes – that’s exactly as gross as you think it is and totally inappropriate in a workplace under any circumstances. The moment I started to complain – was the moment my position was eliminated and I was fired.

Employers need to take this problem seriously and many are. But if you really want to ensure that your stunningly outdated male employees who have somehow managed to miss the fact that we do not live in the middle of a mad men episode don’t run off your best female employees, you need to empower your women with more than just a training that tells them that harassment against them is against the law and that they should report it if it happens. We already know that.

What we want and need from you is information on HOW to stop these troglodytes when they harass us. What exactly should we do or say to stop them, in the moment. How exactly do you plan to support us? Because trust us – we want you to support us. We would love nothing better than to have a snappy comeback we can say – knowing that our boss’ boss will support us when we do! And that we won’t be fired, harassed or vilified for standing up for basic ethical behavior in the workplace, but that instead we will be celebrated for having the courage to speak out for what is right. And, that the 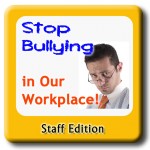 troll who never learned how to behave properly will be removed so that no one has to deal with such unprofessional behavior again.

For more on how to stop harassment in the workplace – check out these courses – https://humanistlearning.com/category/bullyingharassment/