If your child is being bullied and they refused to let you help, you need to be patient. They have to want it to stop before they will accept help. 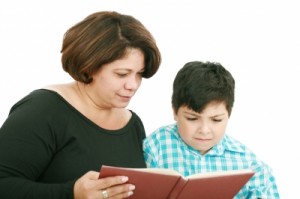 Twice now – my son has tried to deal with things politely and “ignore it” and twice the situation has escalated to the point he wants it to stop.

This last time I told him – I’ve never told you to ignore things. You have to confront it – just – in a polite way.

From the start of these situations until he reaches “I can’t stand it – make it stop” is about 3 months. I’ve known about this last incidence – for 3 months, but he didn’t want me to help him until recently.

I reminded him – things don’t stop by magic. If you allow people to get away with being rude to you – they will escalate. This is a game to the other kids and they are trying to one up each other in how rude they can be. If left unchecked – they will eventually escalate to physical violence.

This whole thing started when one girl told him he was gross for liking mayonnaise. Now kids in other classes are telling him to stay away because he is gross and may have Ebola.

Parents. Be patient with your kids. It’s heartbreaking to know your kid is being targeted, but he/she/ze isn’t the only one. Often – you can get your child to speak up for themselves – by encouraging them to speak up for the others.