There are a lot of things bullies don’t like, but the thing they like the least is being seen as weak. 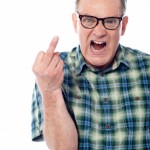 Bullying is about power and control. A bully wields control in their social group by intimidating others.  They are only able to exercise social control if other people are afraid of them. They have an image to maintain.

When someone defies them, they lose control and this lack of control is noticed by the group and erodes the illusion of control and power a bully works so hard to maintain. This is why they are so aggressive in their attacks against people who stand up to them.   They can’t afford to be seen as weak.

Which is why, when you are dealing with a bully, one of the things you should do is think of them as weak individuals who are incapable of behaving civilly and treat them accordingly.

We treat people who are weak with pity, or we should.  This approach does several things for you.

To learn more, get my book and join the website to access all sorts of free materials and video lessons on how to effectively stop bullies using behavioral science.