I had the pleasure of interviewing Donna Hicks last spring.  We discussed dignity violations which is when someone treats you as if you aren’t really human. 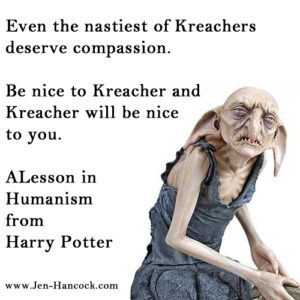 In many places, people don’t feel like they have psychological safety because they feel like if they upset someone, that person – will violate their dignity somehow. And this has negative impacts  – on pretty much everything.

It’s good to know this if you ever find yourself in conflict with someone is that the way to move past the conflict – is to acknowledge the hurt the other person is carrying that is causing them to be defensive.

Here is the video

What does this – concept of dignity violation have to do with bullying?  Everything. Dignity violations are what bullying is.  Bullies violate your dignity. That’s why it hurts so much. The good news is that no one can take away your dignity.  Donna learned this from Bishop Desmund Tutu and yes – she tells this story in the video.

You have dignity and worth – whether or not other people recognize it – or treat you with dignity. And really – people who don’t treat people with dignity – are not dignified people. They are the ones with the problem.

If you are being bullied. Understand, it’s not about you. It’s about the bully and what is going wrong or has gone wrong for them in the past.  Just because they are not acting in a dignified way – does not mean you should abandon your own dignity and join them.  Hold your dignity close and understand that it’s yours. It’s about how you chose to be and act and just because someone else has chosen badly – doesn’t mean you need to too.

Make better choices. Be a better person and feel good knowing that despite it all – you have dignity and worth.

And to learn how to actually shut undignified behavior down – get my book and watch my videos. And definitely join this site – because there are a lot of free materials – only available to members. And yes – membership is free though there is also a paid membership if you want to help support my work.