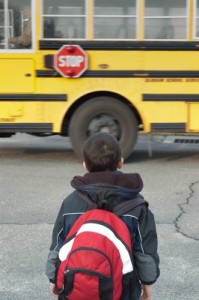 To hold a school accountable we have to understand what it is they should be doing. Unfortunately, most people don’t know how exactly bullying behavior is stopped and most schools don’t know this either. Even the Association of School Psychologists don’t discuss how to stop bullying, they only talk about and discuss how to prevent it. This is because preventing the behavior is pretty easy. Getting it to stop once it is occurring is incredibly difficult. As a result, most schools focus on prevention and never teach behavior elimination.

So what can and should a school be doing? They should be maximizing their responses to reports of problems to facilitate behavioral extinction of bullying behavior and they should ensure their processes follow up to ensure the bullying behavior is actually extinguished. But they can’t do that if they don’t understand the process of behavioral extinction. This requires knowledge of and experience with behavioral modification techniques known as operant conditioning.

This may come as a shock, but there is only method that is known to the entire world of science to cause the extinction of unwanted behavior and that method is incredibly difficult to get right. There is a reason why most attempts to stop bullying fail. And that reason is that we don’t actually teach the entire protocol to people. We teach them the first half of the protocol but not what you are supposed to do next.

Here is the process:

Some notes about this process. First – it’s a process that will take place over time. 2) Extinction will only happen if the response they get is neutral. 3) Consistency matters. Variable response (sometimes you respond, sometimes you don’t) will make things worse. Consistent response makes the behavior go away. 4) Timing matters. If something is reported and not acted on for a few days, that creates a variable response pattern that makes the behavior worse.

With this knowledge, we can see that schools need to respond to every report – consistently and compassionately. They need to not have delays in response – it should be immediate – or at least the accused must know right away they were reported and their parents notified right away. And schools should never treat reports of bullying as one off problems that can be resolved in a meeting or with one intervention. Bullying requires monitoring over time to ensure that the behavior is not extinguished. Anything less than this will create a variable reinforcement schedule for the bully and make things worse.
I have included a pdf of a 5 point plan for schools based on this knowledge to help you understand the process more clearly and understand how schools should be intervening.

The biggest problem a law like this will have is that most parents have incredibly unrealistic expectations about bullying. They think they can report the problem once and the school will take care of it and if they don’t, then they aren’t doing their job. That isn’t realistic at all. And it’s unfair to hold a school accountable for such an unrealistic ideal. Instead, schools should work to educate parents – this is what we are going to do – this is why we are going to do it and here’s what we need you to do to help us succeed in protecting your child. It will be unpleasant. Things will seem to get worse for a while before they get better, but this is what the science tells us has to happen! Most parents would respond well to that sort of approach I think.