Why we can no longer afford to ignore bullying. 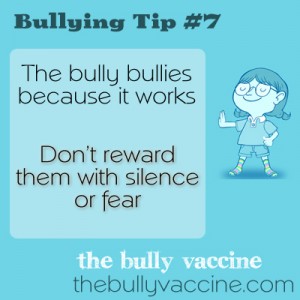 The phenomenon of willful blindness is the act of intentionally not noticing when something is wrong. It’s not just ignorance, it’s intentionally ignorant. Where people don’t want to know what the truth is.

Humans are change adverse. We don’t like to change. When we are told of something that is important and dangerous, our likely response is to ignore that information. Because as long as we ignore the evidence that something is wrong, we don’t have to change. People are willfully ignorant. Like, knowing that smoking can cause cancer. Smokers don’t want to know that.

Even when told, they find ways to minimize that information. They will claim that information can’t be true. They become deniers. It isn’t a problem or if it is, it’s not a big problem, so we still don’t have to change.

See this wonderful Ted talk on the subject

Willful Blindness happens more than you realize. And it certainly happens with bullying.

According to Margaret Heffernan, 85% of people are willfully blind. They know there is a problem, but they won’t speak up about it. This is a pretty standard number and it’s consistent around the world.

The interesting thing about whistleblowers, those that do speak up – is that they tend to be fiercely loyal to the institutions they are trying to change. That is why they do speak up. And yet, we treat them as traitors.

This is especially true about bullying. The mistake I think we make is in thinking we need everyone to speak out against bullying. But that is never going to happen. Human nature is working against us on that. What we need to find is the 15% who refuse to be wilfully blind. We need to identify those individuals and support them when they do speak out so that they have success and find value in speaking out so that they continue to speak out. Change is a process that takes place over time. Eliminating bullying doesn’t happen overnight. It requires a protracted fight and the person who speaks out will experience retaliation in some form. They must be prepared for that and they must be supported through that so that they can succeed in creating the change the rest of us would like to see but are too timid to ask for.

If you are among those who refuse to be blind, don’t be silent. Learn what it takes to stop bullying and then do it and share it and teach others. You aren’t alone, and we need you.