Are they really cowards? Is is their behavior about something else. 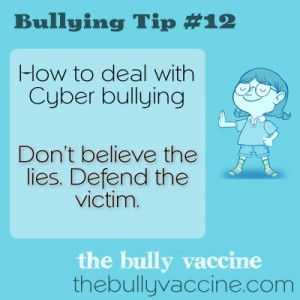 Online bullies retreat pretty quickly when challenged. Sure – some get really beligerant, but others, just go away. Why is that?

Unlike in a school or work situation where you actually know the bully, in online environments the bullies are often anonymous – meaning we don’t know them, we just are interacting with them.
People who troll online do so for many reasons. The main reason being – they think it’s fun to upset other people.

Someone did a study of online trolls and found, not surprisingly, that many exhibit dark triad traits, meaning, sociopathy, psychopathy and narcissism. A sociopath feels pleasure when other people are upset. Psychopaths may just enjoy manipulating people. Narcissists – well, they need to feel strong and they often do that by making others feel small.

None of these people really care about the victims. What they care about is making people upset. When someone challenges them and isn’t upset, they move on. Not because they are cowards, but because they didn’t get the reward they wanted.

This is why fighting online trolls is so pointless. You can’t win because you aren’t playing the same game. You may think you are engaging in an intellectual debate, but they are just looking to make people upset.

The only people who stay to argue and become really belligerent are people with an agenda outside of their mental illness – so political reasons. Or paid trolls, people who are paid to either argue for a certain cause or to prevent discussion if people don’t agree. Yes – people get paid to do that.

Don’t get upset when people bully others online. Either they are mentally ill, or they are trolling to push an agenda and prevent rational discussion. That’s pretty much it. If they refuse to engage, they have gone looking elsewhere for their next “hit.” And no you will never get the satisfaction of them saying wow – you are right and I am wrong.

So stop engaging with them. When you post in response, you aren’t posting to the troll. You are posting for the non-trolls reading the comments so they know – there are in fact rational people in the world who can behave rationally despite the presence of trolls.

To learn more about how to deal with bullies using science –join the site and get my book.