I realize people like to think of bullies as horrible irredeemable people, but they aren’t. They are humans. Flawed humans and how we respond should reflect that. 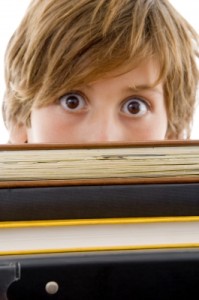 My friend Kelly Karius has a project called No Such Thing as a Bully – http://nosuchthingasabully.com/. Her motto is shred the label, save a child.

One of the reasons we have failed to get bullying to stop is because we are focused on bullies being bad and so we think we can punish them to get them to stop. Behavioral change doesn’t work that way. At. All.

Punishment tends to make things worse and strengthens the behavior you don’t want. Instead of viewing the child who is behaving badly as a “bad” person, we can instead focus on how to help a CHILD stop behaving badly. And to do this, it turns out that a supporting and not a punitive approach works best.

A supportive approach is backed up by science – lots of science in lots of different fields (behavioral, sociology, brain science and more).

Supporting a child to help them change their behavior doesn’t mean you tolerate the bad behavior. It just means how you respond to it is not angry or punitive. The best response is actually to provide a neutral response to the behavior coupled with redirection. This is something kids can learn to do and they like learning it because it helps them gain control over a situation where they are feeling like they don’t have any control.

We can and should be teaching kids how to train each other to behave better. And yes, this works.