One of the things bullies do is lie. They lie so they can get away with it. 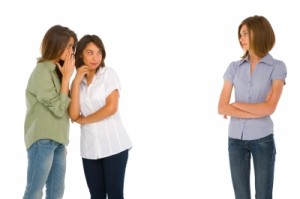 How can we get it to stop when the person doing the bullying is lying?

The first is to understand that while people might give them the benefit of the doubt to begin with, if they keep doing it, they will eventually get in trouble.

What this means in plain English is that, this is a process that takes place over time. It also means that the first time you report a bully, the response is probably going to be them behaving more badly. Don’t let this discourage you, it’s a normal part of the process.

Don’t lose faith in the teachers or your administrators who failed to get it to stop the first time you reported it. Even if they are well meaning, you can’t just get bullying to stop. You have to apply consistent pressure to the bully to change their behavior. As you apply that consistent pressure, they will get worse for a short time. During this time the people charged with making them stop will start to get more frustrated with them and whatever lying they were doing to justify their behavior will start to sound like the lies they are. In other words, it takes a while for the people in charge to realize there is a real behavior problem they have to deal with. Once they realize that – they can usually apply the right pressure on the bully to make them stop.

Don’t lose faith just because your bully lied and people seemed to believe them. Keep doing what you need to do and keep applying pressure on them to stop. Consistent, compassionate pressure.

To learn more get my book and join the website to take advantage of the free materials and lessons I have available here.