Eliminating bullying isn’t just about what not to do – it’s also about having ideals to strive for. 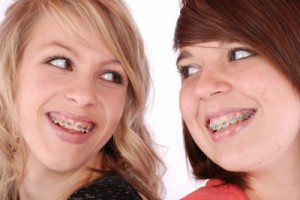 I ‘m a Humanist.  I don’t hide that fact. For me, being a Humanist means recognizing the individuality of each human I meet.  It’s about recognizing our common humanity and about striving to be a good moral person at the same time.

One of the reasons I am involved in bullying elimination work is because I have both the science knowledge and the practical knowledge to be of help. That’s what we Humanists do. We try to make the world a better place.

I read this article from Sunshine Parenting – It’s Not All Bullying – http://sunshineparenting.wordpress.com/2014/06/28/its-not-all-bullying/ and I agreed with it. Not getting your way is not the same thing as being bullied.

Not everything being labelled bullying is bullying, which is why I recommend not using the word, and instead speaking of the specific behavior that occurred that was problematic.

But there is another aspect of the article that really resonated with me as a Humanist.  And that was the part where she says, “we also need to focus on what we DO want kids to be doing instead of bullying. We need to model and teach kindness, acceptance, empathy, and compassion, which are all the antitheses of bullying. After all, we don’t just want kids to stop bullying each other. We want them to be kind and compassionate to each other, to include kids who are isolated, and to reach out to children who need social support.”

We can’t just teach kids not to bully. We need to teach them to be kind, compassionate and responsible.  And to me, that’s the nexus of Humanism and anti-bullying. Kind compassionate kids don’t bully.