Often it’s the boss who is the harasser, leaving employees with little to no recourse. 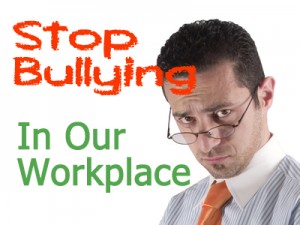 However, not everyone saw it that way and sexual harassment lawsuits were the inevitable result.  Yes, he paid his garment workers well, but, he also created a sexually charged atmosphere that was hostile to women.

And why – is it always men – who are being sexually inappropriate with women. And why is it almost always women who put up with it to be able to have a job or move up in the job – convincing ourselves that – yeah – we can be liberated.

Harassment and bullying are about power.  The abuser doesn’t always understand that what they are doing is abusive. They are getting what they want – so … what’s the problem.  The more powerful someone is – the more likely they can get away with being horrid to others. And because sycophants are everywhere, they are probably able to convince themselves that – it’s all ok.

Part of changing the culture – is understanding that no matter how celebrated an eccentric person is – if they are pushing their sexuality onto others, it’s inappropriate.  It should not be tolerated. Because when someone has the power to exploit their and other’s sexuality – abuse of that power is not only going to happen – it already is.   It may look consensual – but that’s just an illusion.

Like all bullies – silence does not mean consent. In fact, it’s usually just the opposite.

Look, I’m a Humanist. I’m all for a happy sex life. But ethical sex is consensual sex and it’s not a good idea to assume consent just because people aren’t speaking out against something.  If it looks inappropriate and feels inappropriate it is inappropriate. Speak up and help us all change the culture.

1 thought on “Why harassment should never be tolerated, ever!”