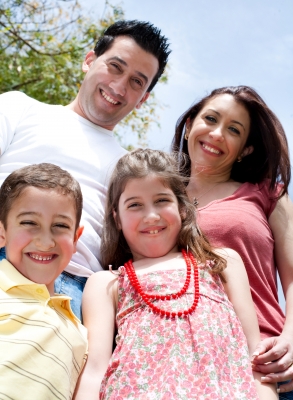 So what can you do as a parent to help your child deal with bullying if they have specifically asked you to not say anything to anyone? Should you keep their secret.  What can you, as their parent do to help them actually get the bullying to stop? Here are 3 concrete actions you can take.

1) Keep their confidence: The reason they ask for secrecy is twofold. First, they may be embarrassed. Second, they may fear reprisal from their bully if their bully where to find out they were reporting them. If my child asked me to keep the bullying a secret I would tell my child that I will keep their confidence and mean it. One of your goals as a parent is for your child to feel like they can trust you and come to you with their problems. Ultimately, they are the ones who have to deal with the fallout from handling a bully and they are the ones who are going to have to stand up to them to get it to stop. You can help your child and teach them how to stand up for themselves, but they are the ones who have to actually do it. It is up to them as to whether they want to do what is required or not.  We serve them best by encouraging them until they feel brave enough to tackle this problem with your assistance.

2) Train your child: Even if my son asked me to keep his problem a secret I would start teaching him what to do and how to do it and what to say and how to say it to get the bullying to stop and encourage him to put those techniques into practice right away.  I would then keep up a daily conversation with my child to see how things are going and tweak things as needed. If the bullying is severe enough, I would also keep a log so that when my child becomes willing to let me share this information with the school, I would be prepared. Kids are often quite scared and don’t want to make things worse, however, as they see the benefit in techniques that work, the can gain the courage to let you help them further. Additionally, once they see the extent of what they are enduring written down on paper, that often will give them the courage to actually do what it takes to get it to stop. At all times, you need to let your child know that they can get the bullying to stop and that you can help them with this if they will let you.

3) Reporting: If what had happened was serious enough to warrant adult intervention (ie: physical violence or a realistic threat of violence), I would ask him to give me permission to intervene in conjunction with the training I am giving him and would explain exactly what I planned to do, why I planned to do it and what I thought the outcome would be along with what the fall out to him that is likely to happen so that he could make an informed decision as to whether to allow me to report what is happening on his behalf or not. Again, he is the one who has to deal with the fall out, so it is up to him to decide what he is ready to handle and when he is ready to deal with it. If the threat is serious enough, I may just tell him that I am reporting anyway and exactly why along with providing him with reassurances that he did the right thing by reporting it to me in the first place.

The reason I would take this approach, keeping his confidence and focusing my efforts on helping him overcome his problem is because your child is right! If bullying is chronic or has become violent, then the bully will respond to attempts to stop him or her from bullying by doing what is known as an extinction burst or a blowout (meaning, the bully will escalate their behavior). If the child is taught how to handle these blow outs and why they happen and why they are a normal part of the behavioral extinction process they are more likely to do what is required and requested of them to get the bullying to stop.

These are important skills for a child to learn and they have to be willing to learn them and they are very scary to learn. Compassion for your child’s point of view is key.

FYI – my son, who is now 7, was being excluded on the playground and was embarrassed to talk to me about it.  When he finally did, he asked me not to talk to his teacher about it. He wasn’t aware that exclusion is a form of bullying but he also felt very strongly that this was something he needed to handle on his own. Within two weeks of his asking me for help, he is no longer being excluded. The point is that while there are some thing I do report, and have reported on his behalf, I always get his permission first and let him know what I plan to do and then keep him informed of what is being done to keep him safe.  It is important that we model respectful communication with our kids, especially when things are stressful.

Ideally you do want the administrators and teachers of the school to be aware of what is going on so they can support your child. However, most bullying problems can be handled by the child if they are taught these anti-bullying skills properly.  It becomes easier to report things to the school once the problem is under control because at that point your child will feel like less of a target and you can encourage your child to help other kids who may be suffering if the school is alerted to the pattern of bullying behavior that they had been subjected to.

What do you do when your child asks you to keep their confidence?