Bullies don’t stop just because you asked them nicely. Getting them to stop takes time and they will cycle through what is known as a blow out before they stop. So what exactly is a blow out and what can you expect the bully to do during their blowout? 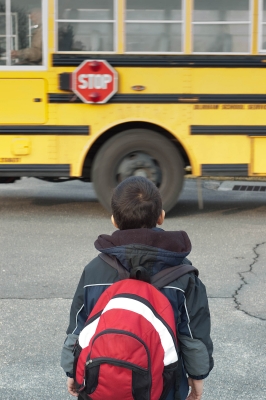 If you have read my book, the Bully Vaccine, you know that once you stop rewarding a bully for bad behavior, a bully will cycle through an extinction burst, otherwise known as a blowout. This is an escalation of behavior designed to force a return to previous patterns of behavior (ie: bullies get more aggressive in an attempt to get their bully to give up and allow them to continue).

In order to get a bully to stop, you need to intentionally trigger an extinction burst or blow out. You don’t want to do this until you are prepared and have a plan of action ready to go. Why? Because if you aren’t prepared, the bully’s more aggressive behavior will catch you by surprise and you will revert back to rewarding the bully. And you don’t want to do that because then what the bully will have learned is that to get my reward I have to be super obnoxious. And we don’t want a bully to learn that.

To help you better understand what an extinction burst is, what it looks like in real life and how you have to adjust your behavior as the bully adjusts theirs, I’m going to provide you with a real live example that my son experienced on the playground.  The blow out took a little over a month before the behavior was extinguished.

This example that follows will also provide you with information on how the non-reward behavior of the victim combines with reporting, parent involvement, teacher involvement all work together to get a bully to stop.

My son was the victim of playground exclusion for a while. He would go up to play with some kids and they would tell him he wasn’t allowed to play with them.  He didn’t tell me about this. Only hinted that he had no friends. I found this statement confusing because every time I was on campus there were multiple kids trying to get his attention and who clearly like him. Over time, I revisited the issue and finally got him to tell me what was going on. At that point, the playground exclusion had been going on for about 4 months, which means, it had become an established pattern of behavior.

(Note to parents: Kids aren’t always going to tell you when something is wrong. Young kids in particular don’t have the words to express what is going on and they may be embarrassed to tell you what is happening. Be patient, don’t press too hard, but make sure you keep digging too).

When I told my son exclusion was a form of bullying, he was shocked. He didn’t know it was bullying or that he could do anything to stop it. He just thought, they didn’t want to play with him and he didn’t want to force himself on them. But it was clearly making him feel bad too. He did not want me to tell the teacher about what was happening and it took him a few weeks of me patiently explaining to him that I could help him fix this if he would let me help him. After a few weeks, he agreed.

What helped him find the courage to confront this was realizing he wasn’t the only person being excluded. There were a couple of other kids too. The misfits he called them. He was among the misfits. The more he realized it was a form of bullying and that other kids were suffering too, the more courage he had to do something to get it to stop.

The training: what to do and how to do it

My son practiced something to say, body language, what to do physically and who to report it to if things became violent.

Bullies can only exclude a person if that person agrees to be excluded. After finding out what exactly was being said to him, my son and I agreed on something he could say in response and an action he could take.

In this case, when he was told he couldn’t play in a certain area, he was to say “I’m playing anyway” and then proceed to play. In real life he didn’t need the words, he just ignored the kid telling him not to play and started playing.  If the bully escalated and tried to push my son or do something aggressive, my son was to report it immediately to the teacher.

As soon as my son did this the first time, it trigger a blowout from the bully, as expected.

At first my son’s bully started whining. That was his first escalation at not getting his way anymore. My son would play and the bully whined that he wasn’t getting his way. It was his attempt to get my son to do what he wanted him to do. My son had been prepared for this. He thought about leaving because the whining was so annoying, but he knew, from my teaching him, that if he allowed the bully to exclude him, that would just make it worse and wouldn’t solve the problem.

This went on for about a week. Some other kids got annoyed with the whining and asked my son to comply with the bully. This was another escalation of the extinction burst. When whining didn’t work, the bully enlisted others to help him get his way. My son refused and continued to play where he wanted to. This triggered the next escalation in the blowout. The bully and his cohorts moved their game to another part of the playground. This accomplished their desire to exclude my son. My son didn’t care much about this development because he was allowed to play where he wanted to now and had effectively won.

However, this didn’t last long because over a two week period, kids started migrating to where the bully had gone to play with the bully and his friends. This left my son and a few other “misfit” kids alone in their area to play, once again excluded from the larger group.

It was at this point that my son realized he wasn’t the only kid being excluded and that the exclusion was happening because of his and the other excluded kid’s skin color.  Because my son feels very strongly about equality, he was very angry about this and wanted to help make sure that no one was excluded. It was at this point that my son asked me to let the teacher know what was happening. The reason for this was because having triggered an extinction burst it made it clear that a) my son wasn’t the only victim and b) what was happening was really not ok because it was essentially an act of bigotry.

(Note: Yes, extinction bursts are unpleasant and they escalate the bad behavior. The positive is that by intentionally escalating the bad behavior it brings it out into the open where it can be dealt with).

I notified his teacher of exactly what had been going on and she intervened immediately and had a discussion about it with the offender, who claimed it was someone else’s idea. Regardless, there hasn’t been a problem on the playground since because all the kids now know that the rules are being enforced and that no one has the right to exclude other kids.

From start to finish this extinction process took about 4 to 5 weeks from first triggering it, through three escalations to intervention and extinction. Also, my son has become friends with the kid who had excluded him who himself had been doing it in an attempt to fit in.

While this was unpleasant, through it my son learned yet another anti-bullying skill and has increased confidence about his ability to assert his rights in a compassionate way.

What are the lessons we can learn from this?

1)      Kids won’t always tell you when something is wrong. As parents, we need to ask, follow up and nudge.

2)      Kids need time to process the information. Your job as a parent is to encourage them by letting them know this is something they CAN do something about and that doing it will not only help them, it will help the other kids who are also suffering as well. Most important to this is the fact that you will be there to back them up and teach them what they need to learn every step of the way.

3)      If one kid is being bullied, other kids are being bullied. Victims are never alone! If your child is a victim, encourage them to look around and find the other “misfits.” This will help them feel less alone and help them find the courage to do something about the bullying.

4)      Be prepared before you trigger an extinction burst. That way your child won’t succumb to the pressure placed on them.

5)      Help your child find the humor in what the bully is doing to reassert control. The important thing is that the bully fails to regain control.

As I say in my book, the only way to get a bully to stop is to ride out the extinction burst. As bad as it is, if you do nothing, it will get worse. Have a plan. Know what you are going to say, how you are going to say it. What your physical action is going to be and who you are going to report things to if they become violent or involve threats of violence or actual violence. Plans help give the kid confidence that they will be ok if things go wrong. It helps give them the courage to tackle these difficult issues effectively and compassionately.

Have you ever experienced or accidentally triggered an extinction burst? Share your story and how you overcame it.